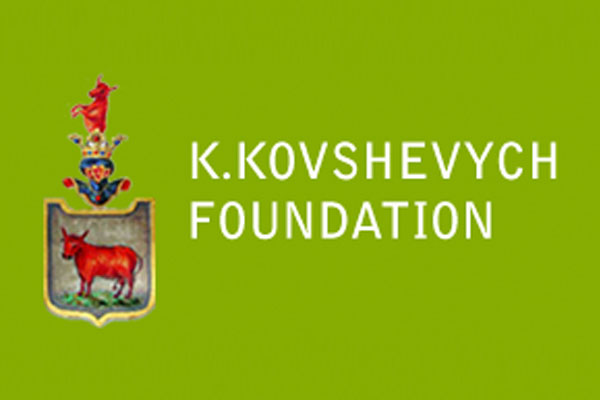 Since 1999 THE K.KOVSHEVYCH FOUNDATION, INC. (KKF) has been granting scholarships to gifted but economically deprived students in Ukraine and other parts of Eastern Europe, Asia and South America. The students are selected by the regional representatives of

and approved by the Board of Directors of the Foundation.

HISTORY OF THE KOVSHEVYCH FAMILY The name Kovshevych is documented from 1543, in one of the oldest towns of Kovshelivka situated on the river Uzh, 25 kilometres (15 miles) from the district capital of Poliske (formerly Khabne), Ukraine. The town of Khabne, founded in 1415, was given by the Polish king Jan Olbracht in 1499 to his viceroy Povlozov who then gave it to his daughter . Following the abolition of serfdom in l861 the Kovshevych family began a grammar school for the children of Kovshelivka. The coat-of-arms of the Kovshevych line features a goblet representing scoops (kovshi).

The tradition of focusing on education to improve the lives of young people began and has continued in one form or another until the establishment of the K.Kovshevych Foundation in 1999. The K. represents Katherine, the mother of Dr. Christine Kovshevych Durbak, the Founder and President of the Foundation. Dr. Durbak supported needy student since the 1970’s but since l999 the support has continued through the K.Kovshevych Foundation, which has been granting scholarships to gifted but economically handicapped students in Ukraine and other parts of Eastern Europe, Asia and South America. The students are selected by the regional representatives of World Information Transfer, a 50lc(3) organization in consultative status with UN ECOSOC and approved by the Board of Directors of the Foundation: Dr. Christine Kovshevych Durbak, Founder and President; Roland DeSilva, Vice President; Dr. Claudia Strauss, Secretary; Carolyn Comitta, Treasurer and Jonathan Otto, Members at Large.

More about history of Kovshevych family (in Ukrainian)